Giuseppe Papaleo is an Italian civil engineer and entrepreneur, specialized in civil constructions, roads and paves.

Since 2013 he has held the role of sole director of Papaleo Srl and within the family company he has developed high and specific expertise, both in the implementation and management, in Quality and Factory Production Control System, as well as in Safety in workplace matters.

He has been General Director of C.R.O.Med. – Center for Research on East and Mediterranean. He is founder and, since 2011, President of IASEM – Institute of High Euro Mediterranean Studies; in this role he has focused especially in developing international relations network and strengthening public relations with several Mediterranean Countries and European Institutions. His work moves from his personal belief that Mediterranean integration represents the most important challenge to reintroduce and realize efficient international policies. 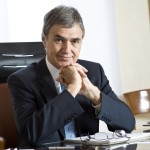 Paolo Garonna is Full Professor of Political Economy (Department of Political Science), in the University LUISS Guido Carli in Rome.

He is General Secretary of the Italian Banking, Insurance and Finance Federation (FeBAF) and President of IRSA, Institute for Research and Development of Insurance. He also teaches at the Catholic University of Milan. He has been General- Director of the Association of Italian Insurers (ANIA) and Deputy Executive Secretary of the United Nations Economic Commission for Europe in Geneva.

He directed the Confindustria Research Centre, he has been Vice-Chairman of the UNICE ECOFIN, General Director of ISTAT (Italian National Institute of Statistics) and President of the European Statisticians Conference. Before that, he has been the Deputy General Director of the Organisation for Economic Co-operation and Development (OECD) in Paris for Labour, Social Affairs and Education.

He has finally been Full professor of Applied Economics at the Faculty of Statistical Sciences, University of Padua.

His scientific contribution is mainly focused on economy and work topics, economics of technological innovation of science and research, economy of finance and insurance, economic analysis of the industrial structure changes, international economic integration, accounting and Official statistics. 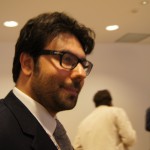 Pierpaolo Grezzi collaborates to the Chair of History of Arabic Philosophy at the University of Rome “La Sapienza”, holding seminars on Islamic thought from 2006. He is PhD student at the Pontifical Lateran University, working on a research project about Noetic Classical Islamic thought and, in particular, on the Arab-Andalusian philosopher Ibn Bajja. He is developing researches on “neurosophy” field, that is the branch of knowledge that studies Human Mind’s dynamics, in the comparative perspective of classical thought and Neurosciences latest achievements. He earned a MA in Middle East Studies at the University “Carlo Bo” of Urbino. He has conducted researches at Oriental Institute in Oxford (UK) and at the Ruhr Universität of Bochum (Germany). He is Scientific Coordinator of IASEM and, in this role, he follows projects, scientific development and cultural implementation activities of the Institute. He is editor in chief of THINK-MED.net. He is Editorial Director of the publishing house “Qulture Edizioni”. He recently published the essay “Soul and Intellect in Alexander of Aphrodisias, Aristotle’ Exegete” (Rome, 2014). 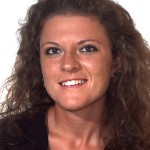 Alice Ticli is the project coordinator of IASEM. He gained a Master degree in “International Cooperation and Development” at University of Rome, La Sapienza, and she was the coordinator of the Summer School in Euro-Mediterranean strategies in Yasar University, Izmir (Turkey). She has also been a 4 months intern for the International Office of the same University. She had a study exchange in Istanbul, in the International Relations faculty of Yildiz University and she has been Project Management and Fundraising assistant for the Jewish Community Center in Krakow, Poland. She is also the social media manager of IASEM and part of the team of Young Ambassador Society Association. Currently she works as Youth worker in project management for the NGO Al-Hayat in Amman, Jordan. 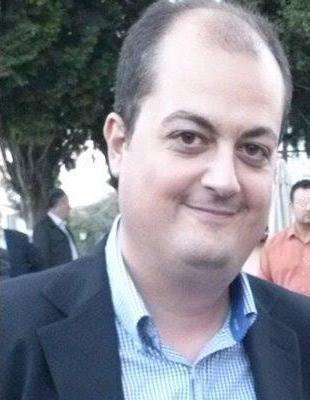 Dimitrios Chrysopoulos is IASEM Researcher and Coordinator for Eastern Mediterranean Relations.
He holds an MA in International Relations (with a concentration in Turkish-Greek relations) from Istanbul Bilgi University in Turkey, where he has been granted with a full scholarship by the J.F. Costopoulos Foundation, and a BA in Balkan Studies from the University of Western Macedonia in Greece. Dimitrios has worked both in the private and public sector in Greece. He has been a tutor for Turkish language, editor and radio broadcaster for international affairs, administrator, financial and political advisor.

Constantly, he has attended a wide range of conferences, seminars and lectures covering several aspects of international politics as well as he has participated in cross-border conferences and meetings. He has also conducted research on several international affairs issues, however greater weight has fallen on foreign policy, perceptions, and crisis management matters. His research interests focus on Geopolitics (primarily critical geopolitics), Political Psychology, Foreign Policy, European Foreign Policy, Conflict and Crisis Management, and Greek-Turkish Relations. His geographical research interest focuses on the Eastern Mediterranean, Balkans, and Black Sea. Dimitrios speaks Greek, English, and Turkish and he has a basic knowledge of Russian, French, and German.